I’ve been gaming since I was little and I hadn’t realized how “easy” I had it with gaming and being a nerd, compared to earlier years, until recently.

END_OF_DOCUMENT_TOKEN_TO_BE_REPLACED

Forgive the insubordination, but this old friend has an order for you. Go out there and give them hell. You were born to do this. –Garrus Vakarian

Garrus Vakarian, aka Archangel the turian sniper, former Citadel cop, best friend to the legendary commander Shepard and all-around badass. I love this guy, I really do. He’s sarcastic, calm in the heat of a firefight, and always has your back throughout the Mass Effect game series.

I deactivated my Facebook last week after I had a not so friendly conversation with a little boy about the world of Xbox and PlayStation. He informed me that I am clearly unaware of the business aspects of either company (I neglected to mention my own stint of running a business. Oops). At the very end of every day can you guess what any company really cares about?

My amazing husband did a blog about why he prefers Xbox to PlayStation. You can read it here. I share his opinions. 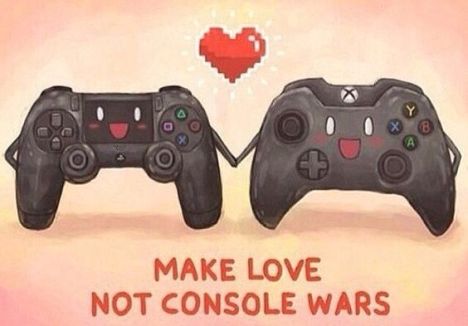 With all of that being said, allow me to continue.

I have not experienced gaming on every console ever made. Sorry. However, I did start my gaming life at a very young age. I cannot tell you how old I was because I have been gaming the entirety of my memory. That should tell you something.

So you can imagine where I got my love for rock music and video games from, right?

Tom and Hank convinced our parents (with their magical powers) to let them get a Super Nintendo… If you don’t know what that is then please turn in your “nerd” card.
After so many years of playing that (again no idea how old I was) they got a Nintendo 64. I remember Mario in its finest. I remember Donkey and Diddy Kong. I remember Golden Eye. I remember Mortal Kombat. I remember trying SO hard to be better than my brothers. Yeah, cuz that was gonna happen.

What I am trying to get at is that gaming has been my life for my WHOLE life. I am not one of those girls who is a “gamer gurl.” Not me. Actually I am the kind that does a REALLY good job of hiding that side of me. I mean, if you completely neglect the N7 jacket I wear.

The point of this post is not to inform you of my serious nerdiness, but to allow you to understand the depth of that nerdiness.

Which brings me to my next point.

Plain and simple. There is LITERALLY (correct usage of the word here people. Pay attention.) nothing you or anyone else (husband included) that could ever convince me to become a PlayStation fan. Not happening.

Allow me to tell you why.

First, my memories of PlayStation (one and two) are of Spyro (love that guy), the new weird Mortal Kombats, any sports game you can think of, and Final Fantasy. That is it. 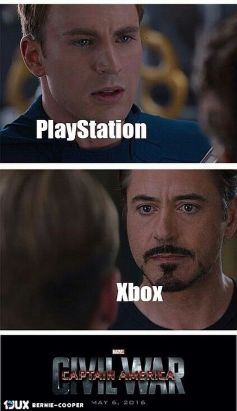 When I think of Xbox I think of Mass Effect, Halo, Knights of the Old Republic,  and Deus Ex: Invisible War. Just to name the ones that come to mind. Now I realize that these games are also accessible on the PC and some (Mass Effect) are now on the PlayStation but not the point, okay? These games scream Xbox to me.

Third, the dashboard and interface of the Xbox is more readily accessible and easily understandable. I have watched the husband mess around on his PS4 (yes, yes it lives in my house) and I get SO beyond lost. The Xbox allows you to customize the interface just a bit more than the PlayStation. By a bit more I mean that you can’t do shit on the PlayStation to make it your own. I am pointing this out because I am first a woman and second a ten year old child.

I am not trying to say that people should not play PlayStation (play play?). I am trying to point out why I love Xbox versus PlayStation. I will point out that it seems like more young people buy PlayStation and parents buy PlayStation for their children. Or so it seems to me. My husband says that Xbox janked up their release. I can agree with that since I continued to play Skyrim long after the Xbox One was released.

Anyway, I hope that you guys have enjoyed this little semi-rant!

What I’ve Been Working On

Stuff I write about

What People Are Saying About My Posts